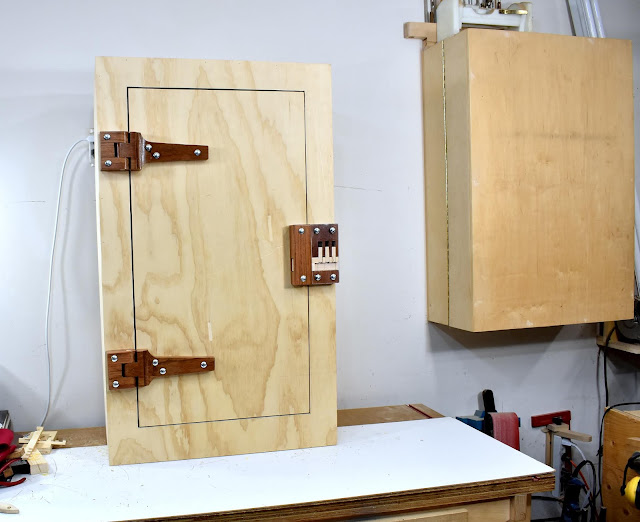 After installing the wooden hinges for my cabinet I will now build a wooden lock. The lock is my version based on ancient Egyptian locks. 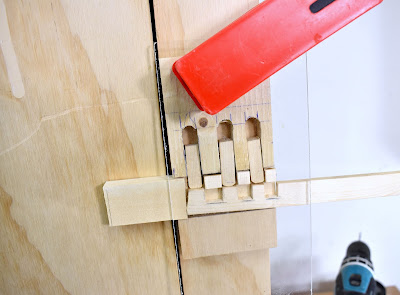 I make a quick mock of my lock to see what would work. Plexiglass is very useful to see how everything is working out. Everything worked out so now I can carry on and build a nicer one from cherry. I may make a few modifications as I build it. 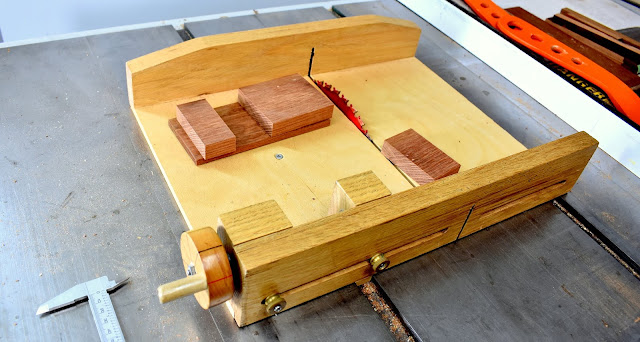 These are the parts, they will be the lock body and back plate. 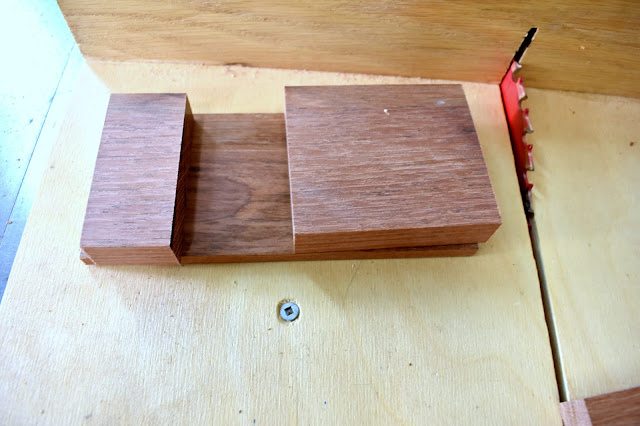 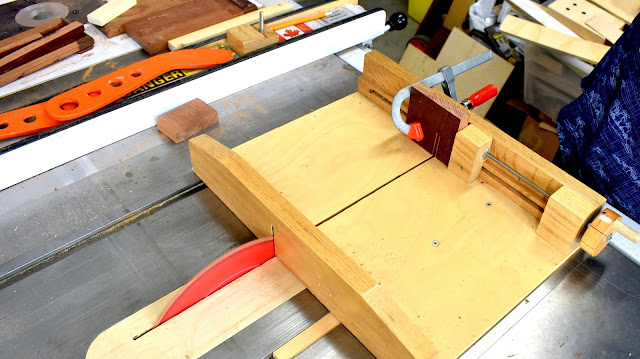 I used my table saw sled and cut slots for the pins. This can also be done with a router but whatever works for you. 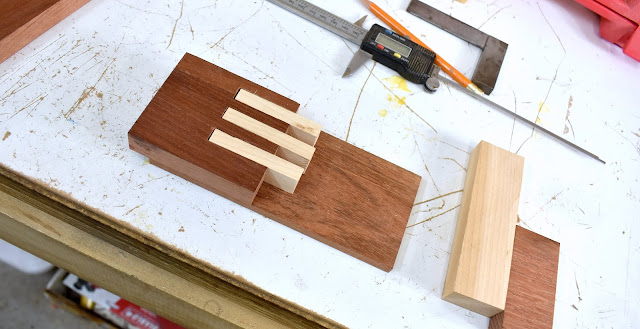 Maple is used for the pins, they are left long and will be cut later to fit the key. 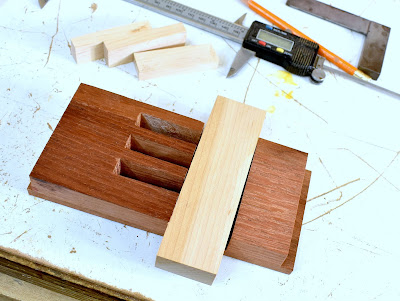 This piece is the latch bolt it is slightly thinner than the frame so it can slide easy. The top and bottom are ready for gluing the latch bolt will be left in while gluing to get a nice fit. 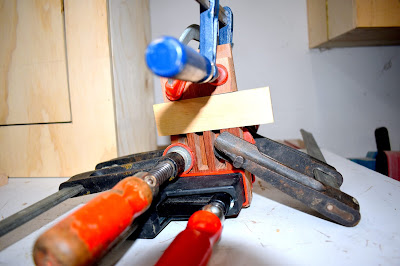 The pieces are glued together, the latch bolt was used a guide to make sure all the pieces were lined up. 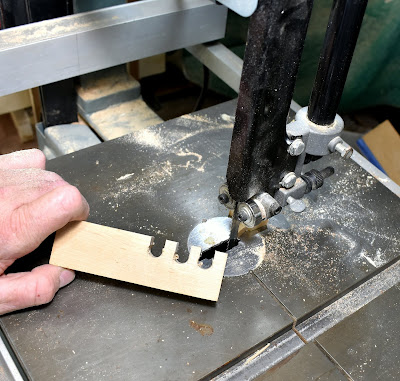 Slots are cut in the bolt, they will match the slots on the main body. They are first drilled then cut on the bandsaw. A file was used to do some fine cutting to mate them perfectly. 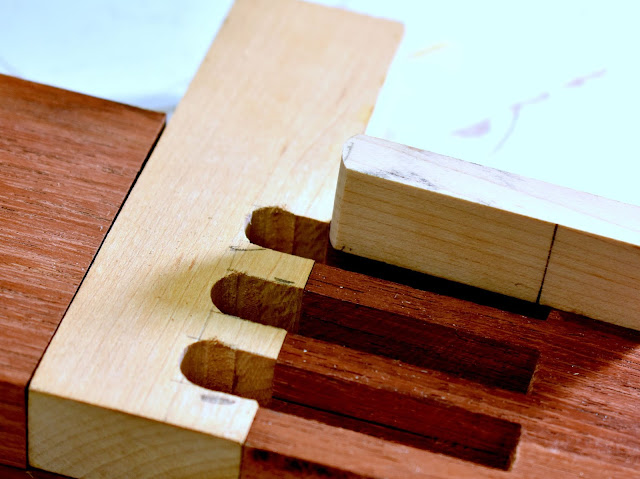 Pins can now be cut to the right length. 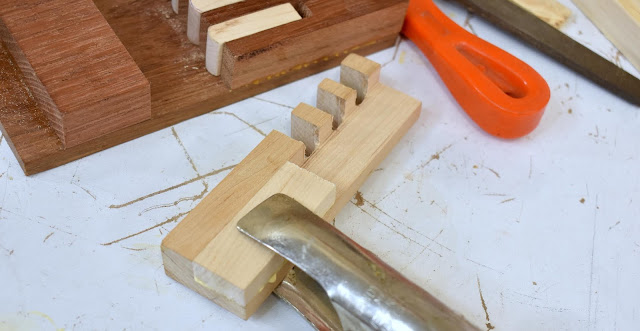 This is the latch bolt it is for the key.  I first dado cut part of the bolt then glued on a block. This way was easier than using a router or chiseling it out the section. 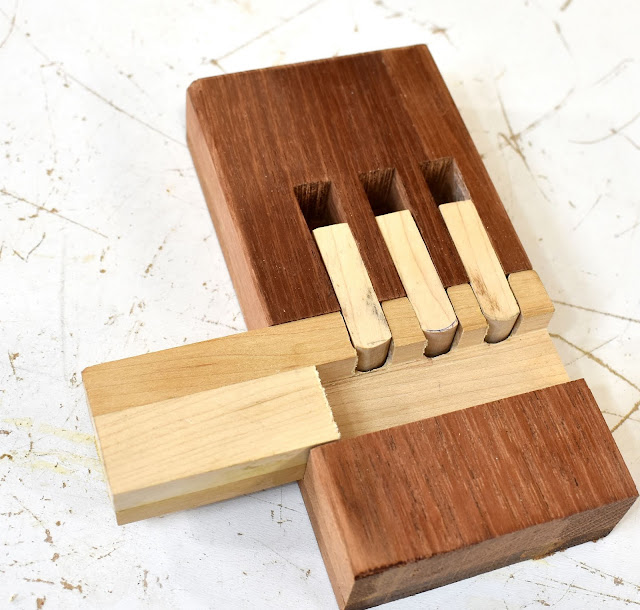 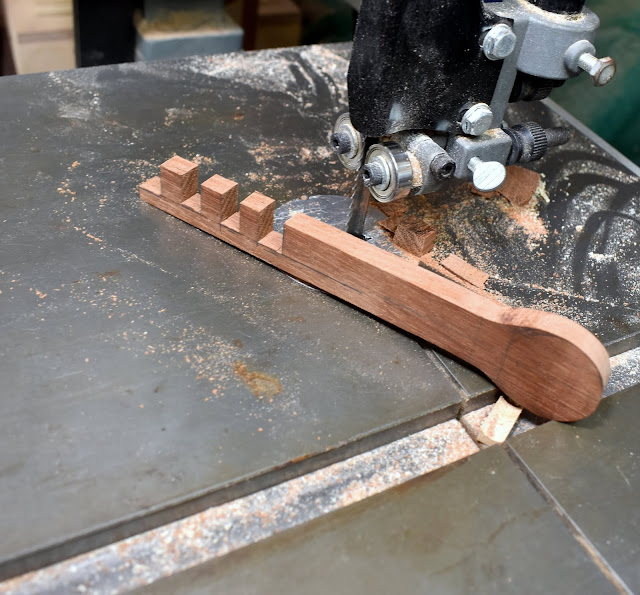 To make the key teeth were marked to match to the pin slots. The width and depth have to be exact to work properly. 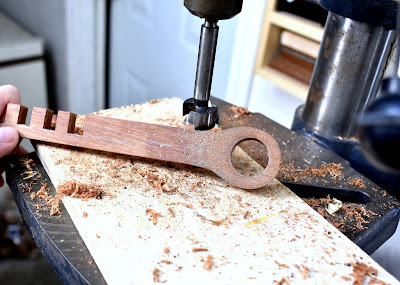 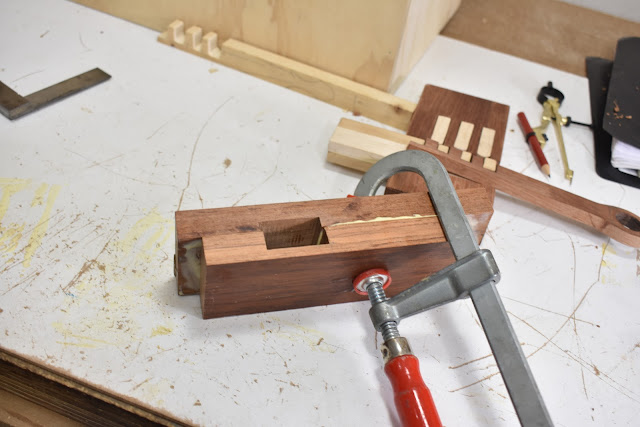 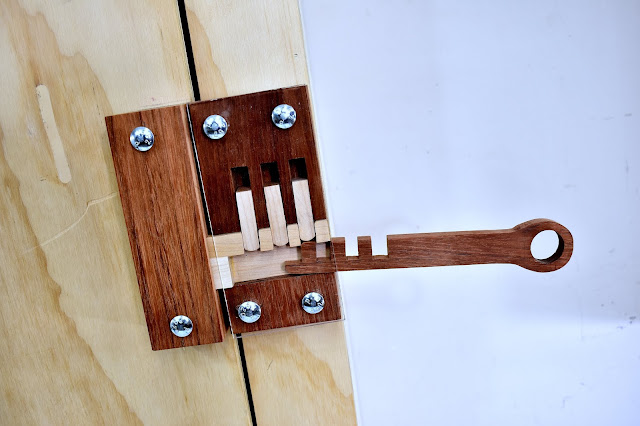 Plexiglass is used for now to show the lock. Later I can always add a wood plate.