Spline jig with an adjustment stop 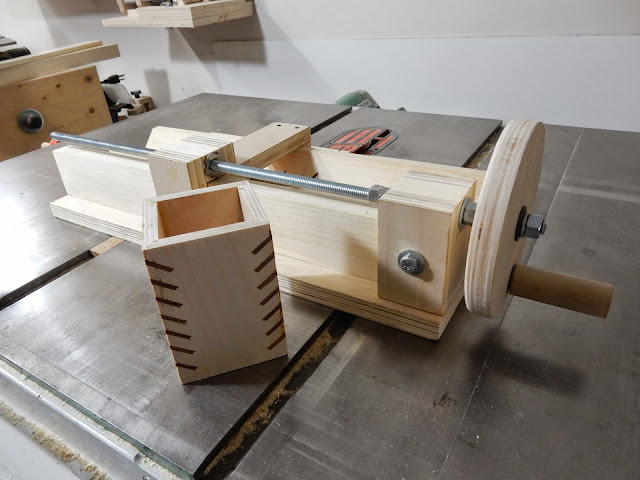 This is an easy to make jig and gives me really  accurate
and interesting  cuts. I do have a couple other  sleds but
none like this. Here is a step by step on how I made it. 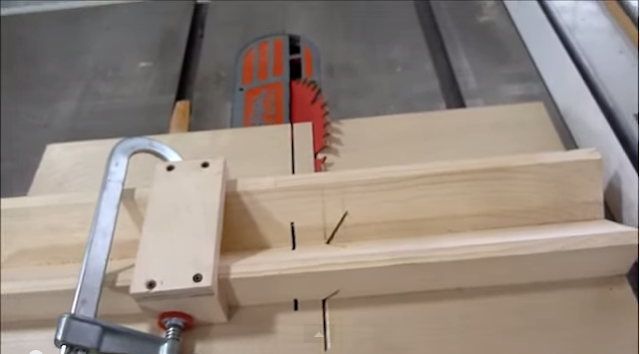 Here is my Spline cutting jig I designed in July 2014. It was made
very simply by using a piece of 2x4, piece of plywood and a runner.
The stop block I made slid along the top and was clamped into
position. This is worked very nice but I thought I would like to
make an adjustable stop block and upgrade this jig. 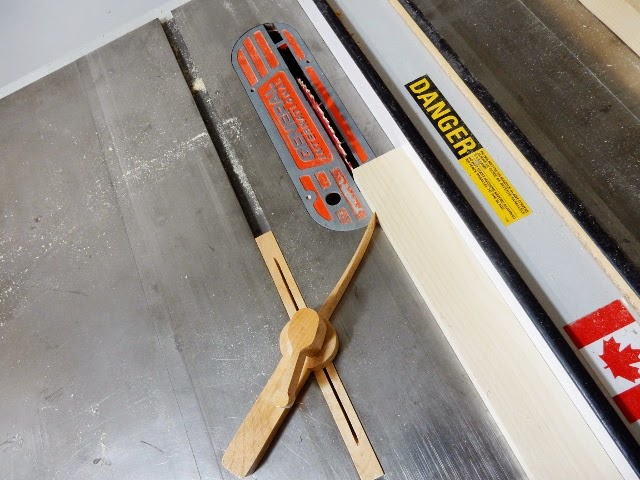 I will start by making a rail that will be attached to the front
base of the sled. 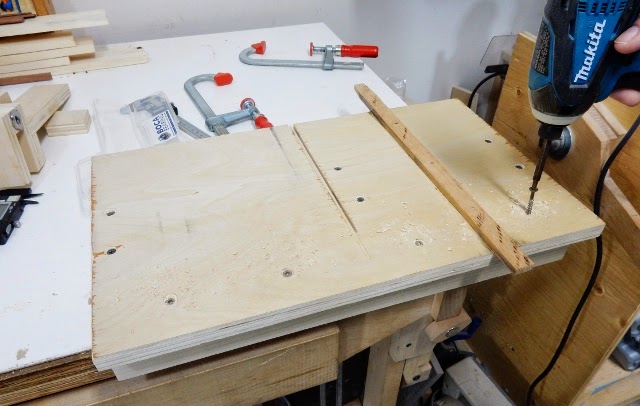 The sled is turned over and the rail  is attached to the sled, first
drilled then countersunk and screwed together. 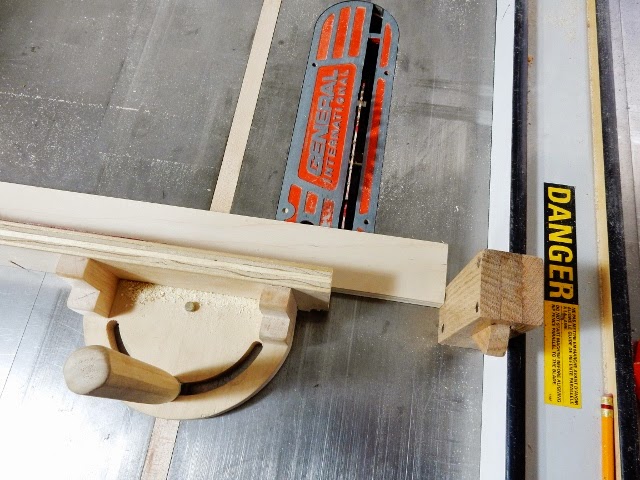 Baltic birch is used to make a block which will slide on the rail... 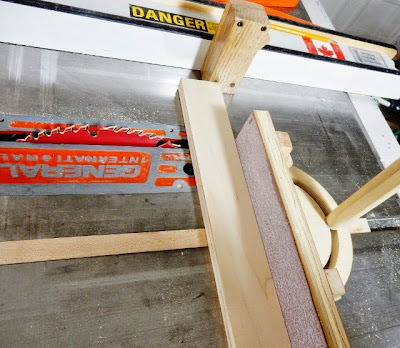 I use my miter gauge to cut the pieces. The sandpaper
holds the wood firm giving me exact clean cuts. 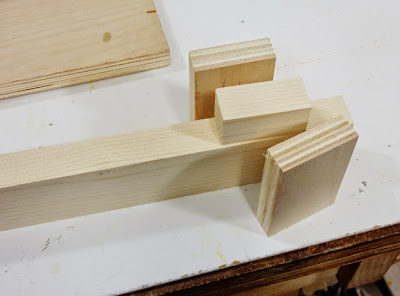 The blocks are tested for fit and ready to be glued
together. 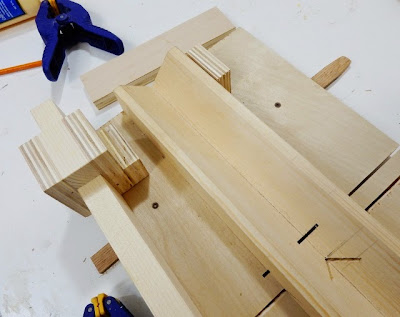 Everything fits nicely and slides along the rail. 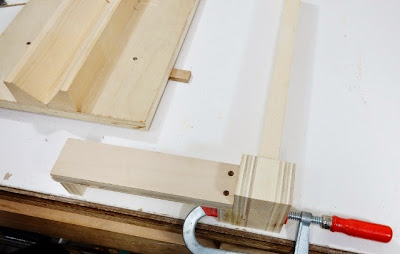 A strip is added to the block that will ride on the top
of the v-track. 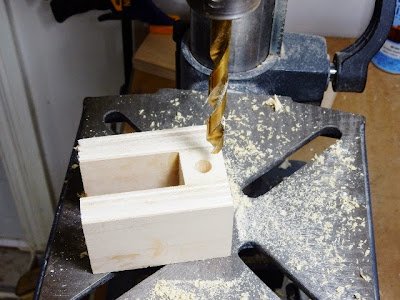 The blocks are drilled to fit a threaded rod. 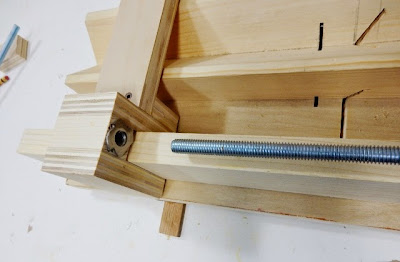 A T-nut is installed on this end for the rod, this will
move the block when the rod is turned. 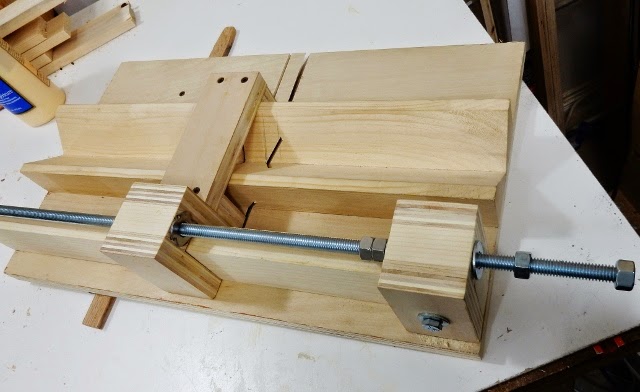 Nuts are put on the right side. There is two on each
side of the block and tightened having a locking effect
so the rod will turn freely in the hole. 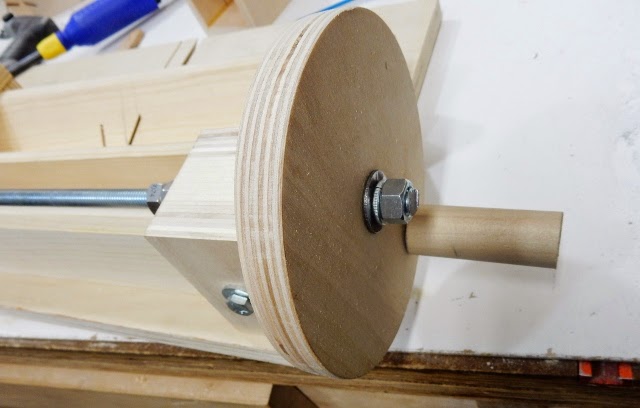 A handle is made using a wheel and a dowel. The dowel
is drilled and a nut and  bolt are used so the dowel spins
freely. 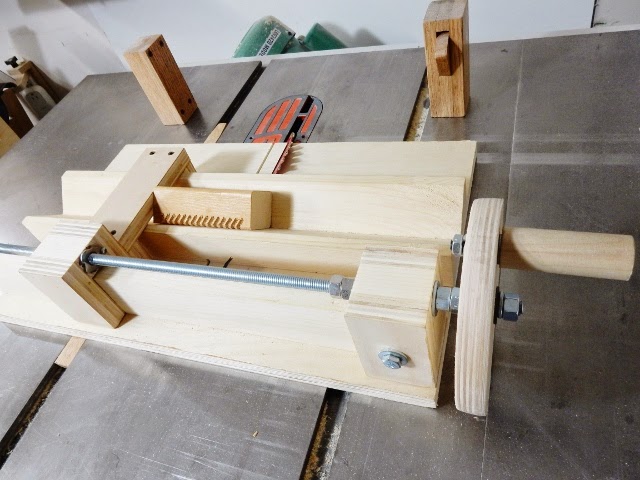 I test a piece using a scrap 2x2 and am happy with the results.
Some are cut at 45 degrees and some at 90. I also sampled different
spacing. 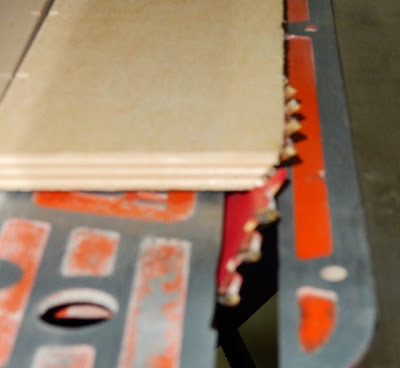 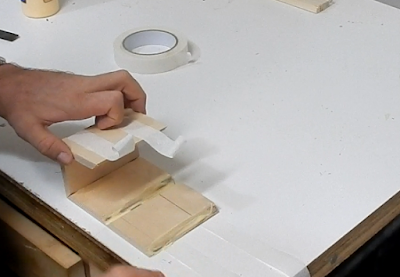 Glue is spread on the four pieces and tape is
used to hold it together. 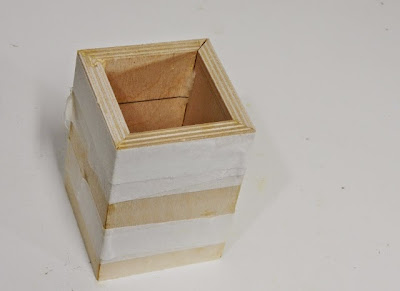 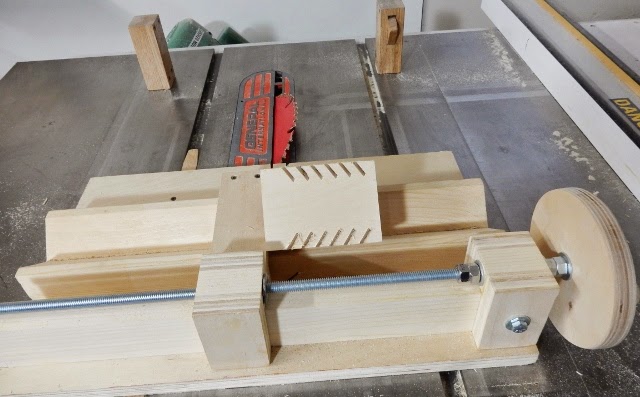 The cuts were easy to make and I did not have to
clamp anything. After I cut four sides I turned the
handle 8 times and cut again. This was done 7 times. 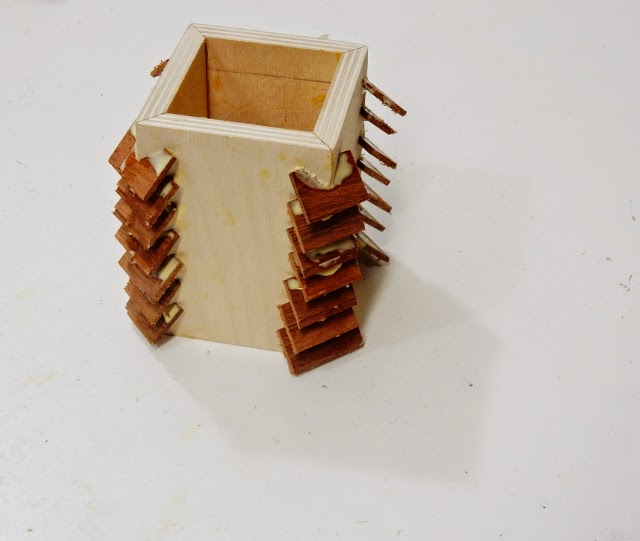 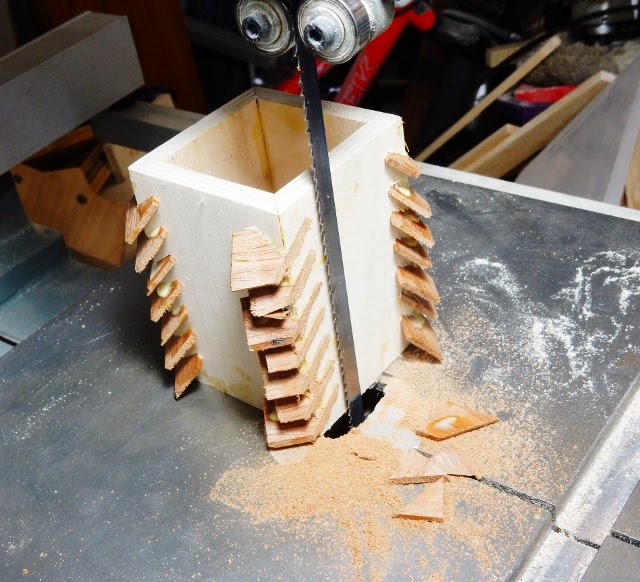 .....the splines are now carefully trimmed with the
band saw and sanded smooth with a belt sander. 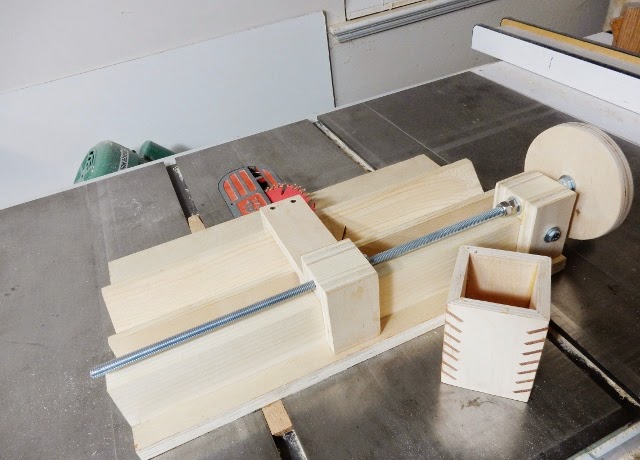 Box complete and looks good, and I have many other designs in mind, if you have any
suggestions for designs let me know.